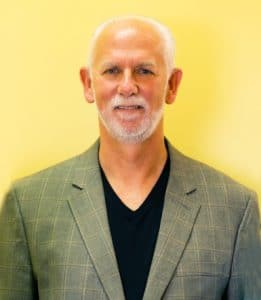 Dr. Don Ellis, Mobile AL Chiropractor, recognizes that when most people are in chronic, even acute pain, it is usually a result of using old, antiquated concepts to help them “feel” better. Usually though, time after time, the same results continue. Your problems do not go away, you do not feel better, and your problems are not being corrected.

“I understand you’re frustrated. I understand you’ve had to take stronger and stronger medications. And believe it or not, I understand you have reached your wits-end. We specialize in finding the exact cause of your problem, and by doing so, help you to live the life of vitality that you so rightfully deserve.”

Prior to graduating from Life Chiropractic College, Dr. Don attended St. Petersburg Junior College where he attained an AA degree in Journalism in 1978, while at the same time playing baseball there. During one of his treatments on his pitching arm with Dr. Donald Krippendorf – a local chiropractor in St. Pete – a young Don Ellis had a brief, but career changing discussion resulting in changing his career path. Shortly after, Dr. Don did a 180 degree change from the arts, and the field of Journalism, to science, and a path to the field of Medicine.

Still following his dream of playing baseball, he attended Milligan College, Tennessee, on an athletic scholarship and began his new direction by majoring in Pre-medicine for the next two years there. Then in 1980, Dr. Don began his training at Life Chiropractic College in Marietta, Georgia, where he graduated from in 1984.

In 1987, Dr. Don held his first position in chiropractic working for Dr. Wallace Sanders in Dothan, Alabama, where he attributes his learning how to run an office from. “Those first six months was where I received the well-rounded training I so desperately needed.” After being there for six months, he moved on to an internship program in Panama City, Florida with Dr. Dwayne Norwood for another six months. “Dr. Norwood taught me how to work tirelessly, because he led by example.” In 1989, Dr. Don moved to the Mobile area and practiced with Dr. Ray Case in Saraland for the next two years. Shortly after, in 1991, Dr. Don opened Dauphin Street Chiropractic, and one name change later he named his practice, Discover Chiropractic Center, to which it still stands today.

Dr. Don has taken over 100 hours of post graduate orthopedic training, but it’s his working in the legal/medical aspects of the Personal Injury field where he finds most of his enjoyment. He is recognized nationally by the Spine Research Institute of San Diego, and is a 1998 graduate in the module, Whiplash and Brain Injury Traumatology .

Dr. Don married his college sweetheart, Karen, who helped assist him through the rigors of chiropractic school and the demands of opening up a practice. After 19 years they finally had their first child, their son, Brooks, who now attends McGill-Toolen Catholic High School. 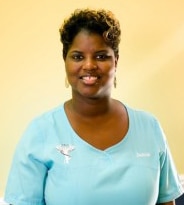 Jami was born in Mobile, Alabama and still resides there. Jami graduated from John L. Leflore High School in 1997, where she received an advanced honors diploma. She immediately continued her education, and completed the Medical Assistant Program at Capps College. Shortly after, in the same year, Jami interviewed with Dr. Donald Ellis and started as a chiropractic assistant with Discover Chiropractic Centers. She has been with Dr. Don for nearly the entire time the clinic was founded in various assistant and managerial positions. They have formed a team and an interest to educate society about how helpful chiropractic care can be and how well a healthy and drug-free lifestyle can build a stronger community and health family.

Recently, Jami received her Bachelor of Science degree in Human Resource and Management from Faulkner University in 2013, and plans on continuing on to acquire her master’s degree.

Jami is married to Terrience Davis, and they have just had their first child, a little boy, named Bralen. As a family they like to spend time with their family and friends and enjoy meeting and greeting new people. 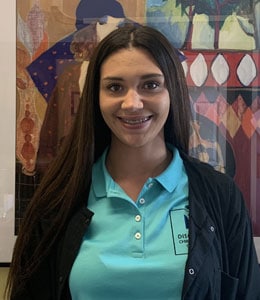 Jamee graduated in 2015 from Washington County High School in  Chatom, Alabama. She is from McIntosh, Alabama and continues to live there. Jamee attended Remington College and participated in the medical assistant and limited scope x-ray program. She completed the last 6 weeks of the program at Discover Chiropractic Center on an externship.